President of The Mediation Council of Romania

President of the Union of Mediation Centers of Romania

Lawyer and mediator, founding member of the Craiova Mediation Center since 2004, he started the trainer activity within the project for implementing and developing the mediator profession initiated by the U.S. State Secretary, through the U.S. Embassy in Romania in collaboration with the Romanian Ministry of Justice and the Dolj Bar Association, between 2003-2007. He attended the training of more than 400 mediators, together with 15 American trainers (among them Fred S. Souk, Kathleen Patterson, Eileen B. Hoffman, Susan Green, David Michael, Linda I. Lazarus etc).

He is trainer of trainers, examiner and expert evaluator in training programs for mediation area since 2005.

In 2010 he founded F.M.M.M. Training School, with a wide training portfolio in resolution methods based on needs/interests and conflict management field, as well as the design of solutions for cultural diversity, generational conflicts, communication, good practice and labor relations. The School also developed collaboration and partnership ties with organizations from the country and abroad in A.D.R. (Alternative/Appropriate Dispute Resolution). The School built a special relationship with The Lord Slynn of Hadley European Law Foundation in London, Great Britain and the Federal Mediation and Conciliation Service in Washington DC, U.S., with whom it runs courses on advanced techniques in mediation, providing international certification of attendants. 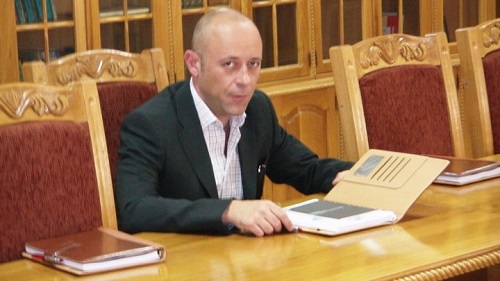 Active in the professional organizations area since 2004, Mugur Bogdan Mitroi was program and sales manager within Craiova Mediation Center, development manager within Buzau Mediation Center, PR manager within the Bucharest Professional Mediators Center and president of S.T.A.R.S. Mediators’ Association. In 2005 he was among the founders of the Union of Mediation Centers from Romania, the only national federation specialized in A.D.R.; since 2011 he became the Union’s president, and from this position he managed to obtain international recognition for this organization in Europe and U.S., and to conclude a partnership protocol with the Romanian Diplomatic Institute and other relevant organizations.

In October 2010, Mugur Bogdan Mitroi founded the first Romanian-English bilingual specialized magazine in A.D.R. in Europe, ”Medierea Tehnica si Arta” (www.mediereatehnicasiasta.ro), a magazine dedicated to mediators and people involved in the justice act, but also to different readers who want to become informed in the mediation area. In the same period, FMMM founded the web portal www.portalmediere.ro, which offers information on A.D.R. area, and www.medieretv.ro, on-line television dedicated to mediation practicing, shows with and about mediators, demonstrative mediation.

He initiated and developed the only national campaign to promote ADR methods in Romania: “Mediation Caravan – Mediation close to you!”, a project which implied a series of monthly mediation events for informing the public, which started in June 2011 and was developed every month for 24 months.

Since 2009, Mugur Bogdan Mitroi was member of the Mediation Council of Romania for three consecutive terms; since March 2015, he is the current president of the Council for a 4 years term. The Mediation Council of Romania is the official national organism for the mediation profession and Romanian mediators body established by the internal mediation law.

Instructor in Advanced Mediation Techniques and Train the Trainer

US Embassy to Romania, November 2006

US Embassy to Romania, January 2005

Embassy of the United States of America, Office of Public Affairs, May 2003 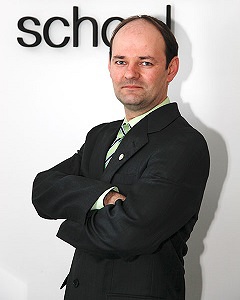